ThrustMe and Spacety announce that the BEIHANGKONGSHI-1 satellite, carrying the world’s first iodine electric propulsion system on board, was successfully launched into space on a CZ-6 Long March 6 rocket from Taiyuan in China on the 6th of November at 11:19 am (Beijing time).

In-space propulsion is becoming a critical subsystem, particularly for satellite constellations, for which high-performance, turnkey, and streamlined solutions are important to ensure economic and environmental sustainability of the space industry.

The use of small satellites operating not individually, but as part of a constellation, has changed the way the industry designs, manufactures, launches and operatessatellites. Propulsion systems available for these satellites have so far been too complex, too expensive, or had insufficient performance to provide full constellation deployment capabilities, and new innovative propulsion solutions are needed.

The BEIHANGKONGSHI-1 satellite includes a ThrustMe NPT30-I2 electric propulsion system which uses iodine propellant. Iodine can be stored as a solid and doesn’t require any complex or costly high-pressure storage tanks like conventional gaseous propellants such as xenon. This also means that the propulsion system can be delivered pre-filled, which greatly simplifies satellite integration and testing. Considering the high production cost of xenon, and the predicted supply problems to meet growing demands from satellite constellations, iodine is seen as an important next-generation propellant to enable sustainability of the space industry. “Iodine is a game changer, and with this mission, we will demonstrate it for the first time”, says ThrustMe’s CEO Ane Aanesland.

“Last year we tested critical technologies for iodine storage, delivery, and sublimation, on Spacety’s Xiaoxiang 1(08) satellite as part of an in-orbit demonstration of our I2T5 iodine cold gas thruster. This time, we will test the full capabilities of our NPT30-I2 electric propulsion system and carry out a number of advanced orbital maneuvers”, says ThrustMe’s CTO, Dmytro Rafalskyi.

The demonstration of ThrustMe’s NPT30-I2 on Spacety’s BEIHANGKONGSHI-1 satellite will lead to a significant commercial collaboration between the two companies. “We consider ThrustMe’s NPT30-I2 iodine electric propulsion to be a very promising technology to meet the propulsion requirements of our SAR constellation. We have already ordered several of ThrustMe’s NPT30-I2 propulsion systems for our upcoming Synthetic Aperture Radar constellation that we will start deploying this year.”, says Feng Yang founder and CEO at Spacety. Synthetic Aperture Radar (SAR) uses a special radar antenna to create 2D or 3D reconstructions of landscapes or cities; both day and night, rain or shine. By making use of a constellation, global coverage can be obtained with fast refresh rates ideal for remote sensing and mapping, and particularly disaster management. Since small satellite constellations are often launched together in batches, onboard propulsion is critical to allow deployment of the constellation into its required global operational pattern, and to provide orbit maintenance over time.

“In-orbit demonstration is a critical step for a new space product to enter the space market. We have been very pleased with the win-win collaboration with ThrustMe on the quick and flexible demonstration mission, and are looking forward to future collaborations”, says James Zheng, CEO of Spacety Luxembourg.

Support
The development of the NPT30-I2 flight model used on this demonstration mission was funded via the European Space Agency (ESA) ARTES C&G programme. ThrustMe’s prior research and development of iodine technology has been supported by the French state via SATT Paris-Saclay, BPIFrance I-LAB and the Centre National d'Études Spatiales (CNES) R&T program.

About the NPT30
Named after the farthest known planet in our Solar System, Neptune (in short NP), the Thruster (T) can operate with a minimum power of 30 W (30). The NPT30 is a smart, turnkey, electric propulsion system using solid iodine propellant, and designed for the next generation of cost-capped and streamlined satellites sent into space on a ride-share basis. It provides the very high total impulse that these satellites need for deployment, significant orbit changes, collision avoidance maneuvers, and finally, end-of-life removal to reduce space debris and free up important operational orbits.

About Spacety
Spacety is a fast growing new space company founded by its CEO, Yang Feng, and its CTO, Ren Weijia in China in 2016. It established its international headquarters in Luxembourg in 2019. It has developed, launched, and operated 18 satellites for science and technology demonstration missions. As a leading provider of satellite-based services, it provides fast, frequent, flexible, and low-cost space missions with its advanced and reliable small satellite fleet. These space missions support science experiments or observation, and in-orbit demonstrations and/or validations of space technologies and products, or space systems. Those quick turnaround and end-to-end services have enabled world class space research and helped innovative space technologies to gain space heritage. Spacety is building and deploying a microwave-based (Synthetic Aperture Radar) satellite Earth Observation constellation to provide the world with global coverage and real-time imagery data as a service (DaaS). This C-band AR constellation will monitor and observe the Earth day and night, rain or shine, and make SAR imagery of every point on Earth accessible and affordable to users. The SAR data will enable innovative solutions to manage our changing world and make it better.

About the BEIHANGKONGSHI-1 satellite
BEIHANGKPNGSHI-1 is the first 12U satellite developed and launched by Spacety. It is also the first space mission of the new Spacety satellite platform with advanced modules improved on designs with rich space heritage. The satellite platform is equipped with batteries of 400WH and a solar panel of nearly 100 W to support payloads with high power consumption and duty cycle. It has the capability to accommodate payloads of large range of different power requirement with a patented thermal radiator. The area of radiating surface is controllable according to the satellite thermal control need.

BEIHANGKPNGSHI-1 is the first technology demonstration mission in China to demonstrate the technology for automatic airplane tracking. It will validate and demonstrate key technologies for multi-beam and multi-channel ADS-B system. An ADS-B over satellite system has the characteristics of continuous global coverage, dynamic tracking, real-time communication, and precise intervention. It can provide information services such as communication, navigation, and surveillance for a wide range of aviation users, and enhance the capabilities of existing air traffic control systems. This flight demonstration will benefit the development of national airspace and aviation industry in general.

On board BEIHANGKPNGSHI-1, there are other payloads such as NPT30-I2 electric propulsion system, an experiment of GRID Plan, and etc. 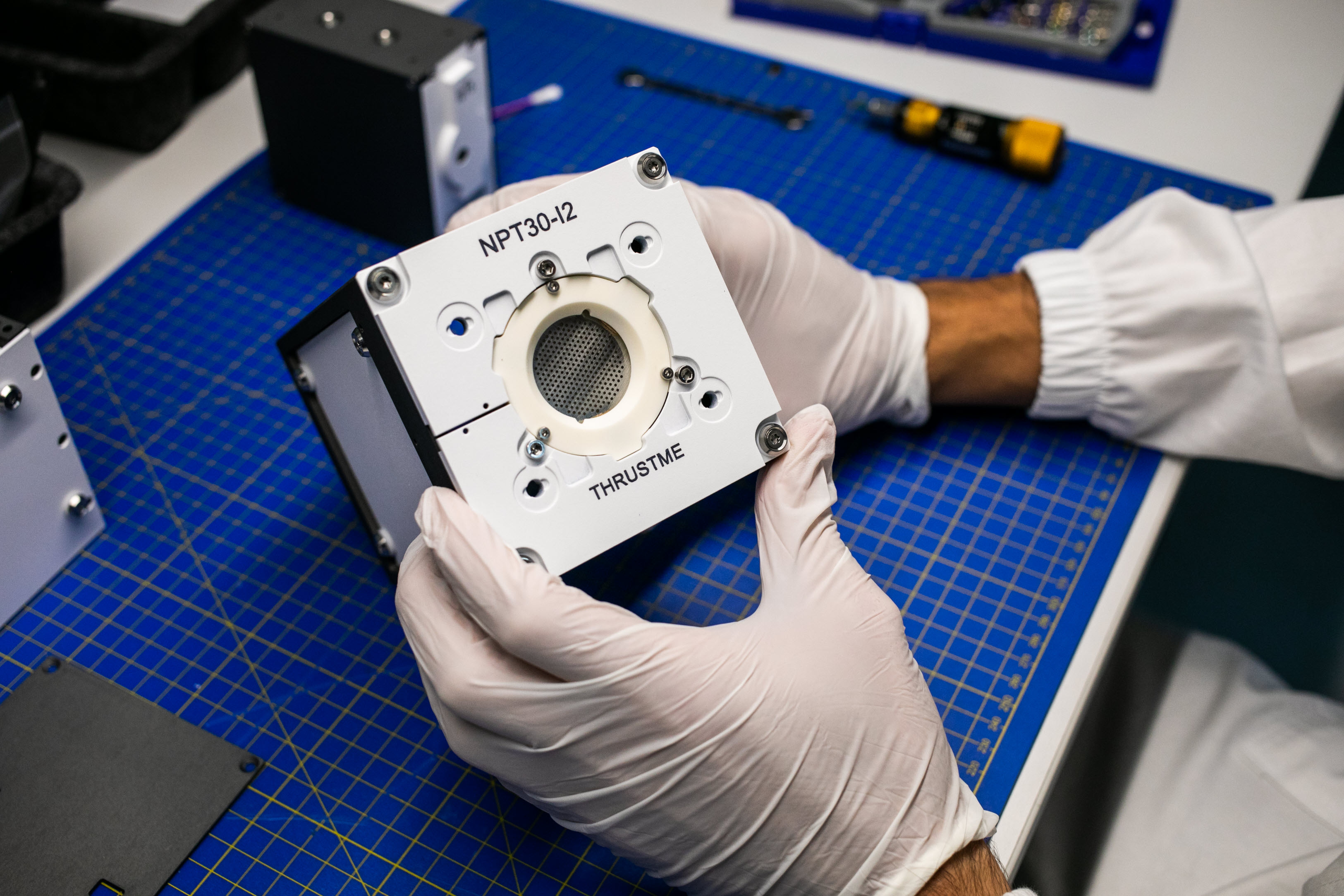