The space industry seeks new solutions to ensure economic and environmental space sustainability with the rise of satellite mega-constellations. A solution lies in the use of in-orbit propulsion, but traditional systems are not fit for the New Space paradigm. Today, ThrustMe announces that they have successfully tested the first iodine-fuelled electric propulsion system in space aboard the Spacety Beihangkongshi-1 satellite. This world first in-orbit demonstration has the potential to transform the space industry.

The use of iodine as a propellant is a breakthrough for the satellite industry. It allows propulsion systems to be delivered completely prefilled to customers, and for the satellite integration process to be significantly simplified and streamlined. Therefore, iodine offers the potential to provide both economic, and environmental sustainability for the space industry. Indeed, most conventional electric propulsion systems make use of xenon or krypton which are expensive, rare, and must be stored under very high pressure. Furthermore, satellite assembly, integration and testing can be more complicated since specialized equipment and trained personnel are required to safely load fuel tanks with such propellants. Iodine by contrast can be stored as a solid at room temperature, is much cheaper, more abundant, and completely unpressurized.

“In 2008, we identified iodine as an ideal propellant for electric propulsion. Since then, we have developed a number of key technologies to be able to offer, as of today, a complete, standalone, propulsion system to meet current and emerging market needs. This is an important product for our customers as it allows them to deploy their satellite constellations, and to take corrective actions to mitigate collision or debris risks”, says Ane Aanesland, CEO of ThrustMe.

“It has been a long road to bring this product from dream to reality. To make it happen we had to innovate, develop a complex system from the ground up, and perform fundamental research studies since many properties of iodine are missing in scientific databases. I am happy that we have ended up with a very high performance, safe and reliable propulsion system that is now available for any SmallSat”, says Dmytro Rafalskyi, CTO of ThrustMe.

In 2020, the European Space Agency (ESA), supported the development of ThrustMe’s NPT30-I2-1U propulsion system through the ARTES C&G programme (funded by France) for innovative technologies for the satcom industry. In addition to the in-orbit-demonstration, the NPT30-I2-1U is being prepared for the Geostationary (GEO) satellite market and a separate unit is currently undergoing extensive radiation testing, which ThrustMe says is going as planned. “The successful launch and the first firings are significant milestones in the development of ThrustMe’s iodine electric propulsion system. We are pleased to support ThrustMe in the development and demonstration of this propulsion module through the ARTES C&G programme”, says Barnaby Osborne, Small Satellite Technology Coordinator, ESA Telecommunications and Integrated Applications.

The development of ThrustMe’s NPT30-I2-1U was also supported by the French National Space Agency (CNES) via a project as part of their R&T program. “We are very happy to have supported the in-orbit demonstration of ThrustMe’s iodine electric propulsion system and are very pleased to have helped a French company achieve such a historic milestone.”, says Thomas Liénart, Head of the Propulsion, Pyrotechnics and Aerothermodynamics office at CNES.

ThrustMe’s prior research and development of iodine technology has been supported by the French state via SATT Paris-Saclay and various BPIFrance funded programs. The industrialization of ThrustMe’s NPT30-I2 product portfolio has been supported by the European Commission via the H2020 SMI Instrument phase II program under a project called EMBRACE.

About ThrustMe
ThrustMe is a deep-tech space propulsion company, based in the Paris-region, France. It leverages more than 10 years of applied and fundamental research at Ecole Polytechnique and the French National Centre for Scientific Research (CNRS). ThrustMe offers a portfolio of turnkey propulsion systems that have been tested in space and are available for a wide range of satellites and space missions. Its unique products make use of breakthrough innovations, such as solid iodine propellant, to streamline delivery and integration with client satellites, and to enable future economic and environmental sustainability of the space industry.

About the NPT30
The NPT30-I2-1U is a complete, standalone, propulsion system that includes all subsystems necessary for its operation such as the power processing unit, an intelligent operation controller, and iodine propellant storage and management. It has a 1-Unit CubeSat form factor, and is prefilled with solid, unpressurized, iodine propellant. The NPT30-I2-1U is the first iodine-fuelled electric propulsion system to be launched into space, and can provide a total impulse of 5500 Ns at a maximum thrust of 1.1 mN and with a specific impulse up to 2450s. Extreme miniaturization of the system is achieved through several innovations that include pipe-less propellant delivery, custom RF generation technology, a dedicated plasma ignition system, and integrated thermal management. A high level of robustness and safety is achieved through the implementation of built-in self-test and self-tuning algorithms, and several layers of security checks.

TECHNICAL DETAILS
The Beihangkongshi-1 satellite was launched on 6 November 2020, carrying the world’s first iodine electric propulsion system on board. During November and most of December, on-orbit commissioning of the satellite occurred, and finally two test firings of the propulsion system were carried out on 28 December 2020 and 2 January 2021.

These successful firings of ThrustMe’s NPT30-I2-1U mark the first ever propulsive maneuvers performed in space by an iodine-fuelled electric thruster. The satellite orbital maneuvers were tracked using an onboard GPS receiver, and later confirmed by NORAD Two-Line Element (TLE) data. The net altitude change of the Beihangkongshi-1 satellite after both test firings was about 700 m, with each 90-minute burn resulting in a change of between 300-400 m: values that agree closely with predictions based on the thruster performance.

The propulsion system telemetry downloaded after the test firings show correct system operation with all parameters within their specified margins. The main goal of these initial tests was to check that the system is ready for the subsequent main firing campaign, which will consist of several tens of 90-minute, 0.8 mN thrust, burns to achieve an accumulated altitude change of more than 20 km.

The pictures below show:
- A part of the thruster telemetry obtained during the firing tests in space showing both the thrust and input power as a function of time. The thrust has been nominally set to 0.8 mN.
- The altitude change during one of the firing maneuvers as observed using the GPS receiver on board the satellite. 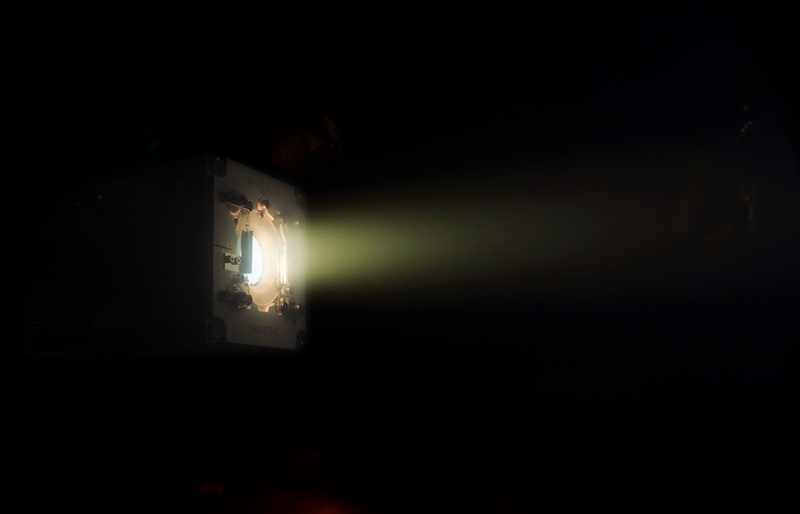 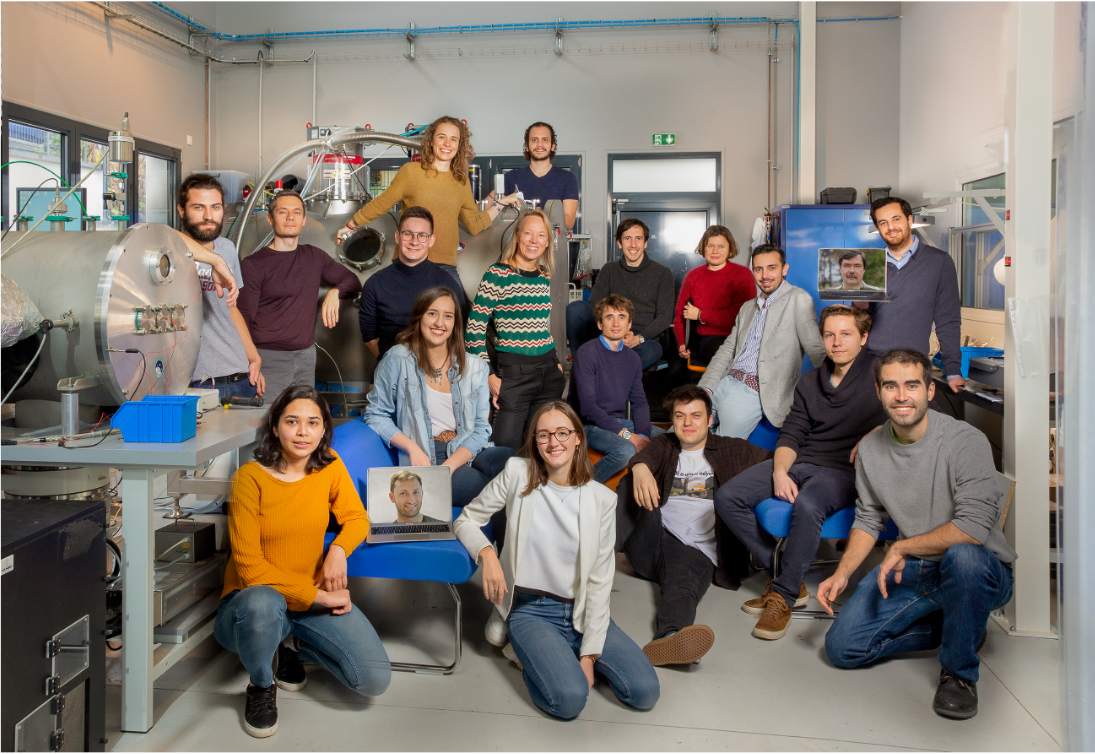 High-resolution photographs and interviews can be provided upon request at the following email address: contact@thrustme.fr